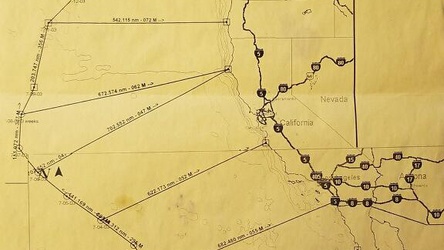 Deciding what to do next
4 days ago

Well, since my plans to cross to French Polynesia are basically not happening this year (their borders are closed, along with almost every other country in the south pacific) the thing now is to decide what to do next (lots of time to do that while self-isolating on the boat). There are basically three options […]

The post Deciding what to do next appeared first on Life on Gudgeon. 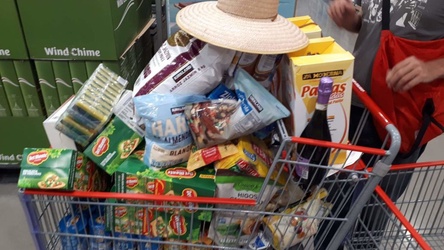 Clearing out of Mexico…. briefly
14 days ago

So I got most of the boat projects knocked off, Liz came down and was ready to cross with me (I decided I did not like solo passages) and we did a huge provisioning run, getting two months worth of tinned food We did this by moving the boat to a marina near a costco […]

The post Clearing out of Mexico…. briefly appeared first on Life on Gudgeon. 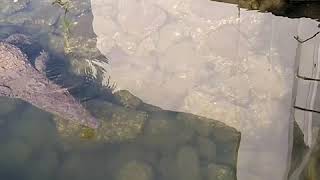 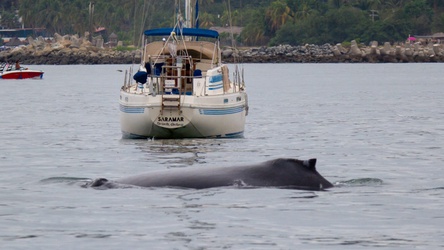 Preparing to cross to French Polynesia
15 days ago

This post is pretty delayed in me posting it as I got pretty busy, so… yeah. Most of it was written a couple of weeks ago but time to catch up! After returning to Bandaras Bay and having Emma leave, it was time to get serious about leaving. My plan was to leave at the […]

The post Preparing to cross to French Polynesia appeared first on Life on Gudgeon. 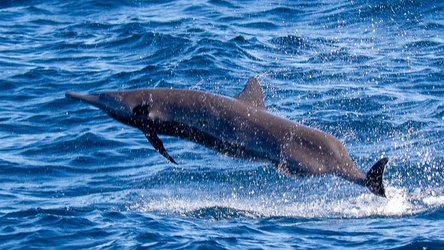 After arriving in San Blas (and having a sleep), Boomerang and I went to Chacala, a small Mexico beach town. It’s great here, but the swell rolls into the bay and so a stern anchor is needed to avoid being rolled to death once the wind switches. The boat next to me (with noone on […] 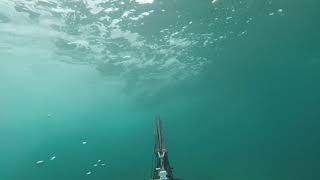 Breaking wave from below
19 days ago
At Isla Isabel, with a barracuda silhouetted 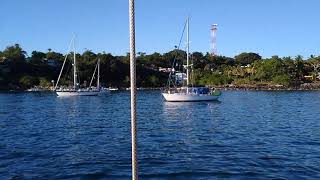 At anchor in Chalaca
23 days ago 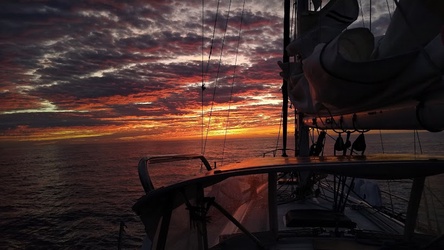 After dropping off Liz at Loreto (the furthest North I got), I returned back to Coronado Island and met my BBF (best boat friends forever) Jo and Barry on Boomarang and their friends on Hajime. However, not much socialising was done as 30 knot winds swept through the anchorage meaning everyone decided to stick on […]

The post Heading south from Loreto and crossing the Gulf of California (again) appeared first on Life on Gudgeon. 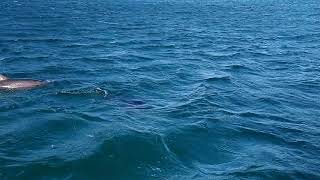 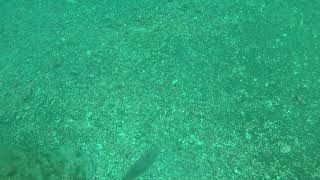 Mother and calf humpback singing to each other
26 days ago
Humpback whale call and response between a mother and a calf. You can hear a loud signal, followed by a much quieter one and as we'd seen mother/calf humpbacks all over the place near the anchorage, so that's what my guess was. Please correct me if I'm wrong! Bonus appearance from what I think is a Scrawled Filefish! 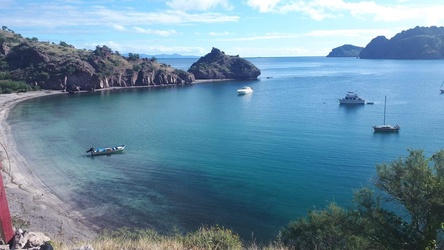 After leaving Isla Espirito we headed North, to a small fishing village called San Evaristo. This is on a small, picturesque bay with a small shop and restaurant. We anchored to the North of the village, behind a big ol’ hill as strong southern winds were expected for the next couple of days. We decided […] 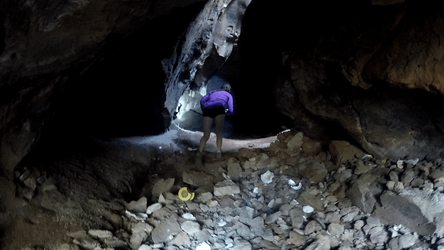 After leaving Lobos Rock we heading to Espirito Santa which is an island 15 miles North of La Paz. It is a park and so has limitations on commercial fishing, tourism etc. Side note – it really feels like Mexico manages their fisheries a LOT better than Canada does – there are a lot of […] 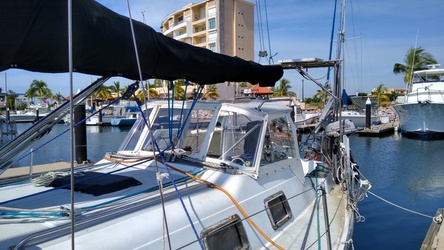 Bit late on this, but while I was in Mazatlan this October I got a dodger (sprayhood for UK sailors, the ‘windshield bit at the front’ for everyone else) built! I haven’t had a dodger since the ratty one that came with the boat, that didn’t let the main be sheeted down fully because it […]

The post New Dodger appeared first on Life on Gudgeon. 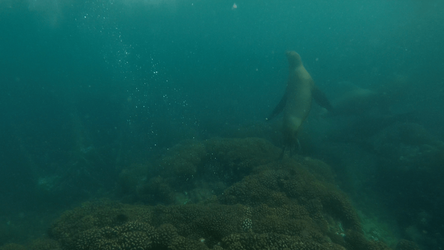 Sorry about the long gap – there is basically zero connectivity in the sea of cortez. I’ve queued up a few updates over the next few days however! After finally getting into La Paz after a week and a half of misadventure, we were ready for a rest. The plan was to get all of […] 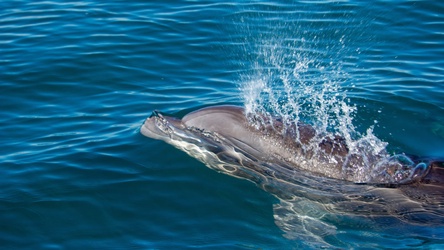 Frailes to Muertos Part 1 I woke up from an exhausted sleep at around 4am, and then I remembered – we had no engine. Boo. The problem was that the hole the fuel return screw tightened into the fuel filter (the one half in shown below) had completely stripped it’s threads, meaning there was […]

The post Mazatlan to La Paz, Part 2 appeared first on Life on Gudgeon. 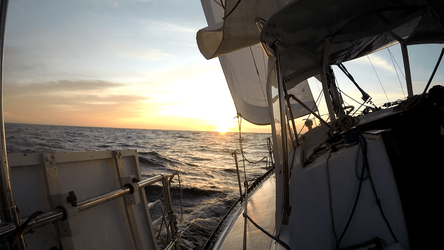 This is a two-parter as this wasn’t quite the causal jaunt across the Gulf of California that I had planned. The following two maps show the route – note that the wind comes from the NW generally, so it would be at best a close reach. It started off well, cast off the lines, waved […]

The post Mazatlan to La Paz, Part 1 appeared first on Life on Gudgeon. 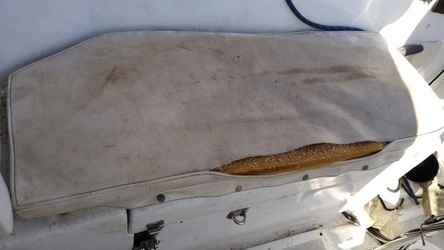 Lots of small things and leaving to cross the Gulf of California!
5 months ago

So I’m a little behind which is why you are getting two posts in two days – I am sending this just before I set off to cross the gulf again (going the other way this time) with Liz (Goodbye Mazatlan!) Glad to have company as I am a bit rusty at this ‘sailing thing’ […]

The post Lots of small things and leaving to cross the Gulf of California! appeared first on Life on Gudgeon. 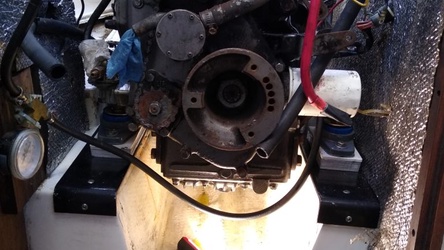 My engine (which is literally older than I am and is a huge chunk of solid iron) sits on four things called motor mounts. These are made of metal and rubber or similar polymer materials and provide shock absorption for the engine. Which is great because it is EXTREMELY rattly, being a 2 cylinder. The […]

The post Changing out the engine mounts on a 2QM20 and fixing rotten stringers appeared first on Life on Gudgeon. 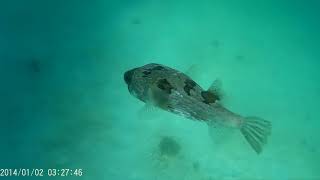 Snorkeling in BC and Mexico
5 months ago
So I just got a video editing program and made this as a kind of practice. Hopefully will get a lot better footage this year! www.gudgeonblog.ca 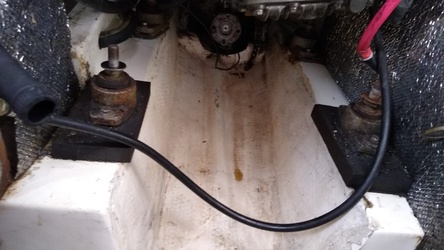 Boat work and heat
5 months ago

A couple of days after the Tropical Storm passed over I started feeling kinda off – and sure enough I got a really nasty heavy cold, that pretty much put me out of action for a whole week. I must have got it in Victoria or on the plane, either way it was really nasty […]

The post Boat work and heat appeared first on Life on Gudgeon.